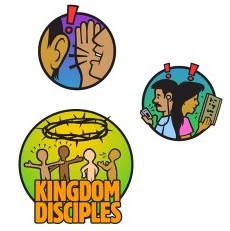 We, as Kingdom Disciples, believe it is God’s will that everyone on earth has access to God’s Word in their own language….

The majority of the world’s unreached people groups are made up of people who prefer to learn from information passed on through the spoken word rather than written. How will people like these have access to God’s Word?

Storytelling is a key. OneStory is a partnership of organizations working with mother-tongue speakers to develop and record chronological Bible “story sets.” Mother-tongue speakers then spread the stories to others. The sets form the beginnings of an “oral Bible” to be told and retold for generations.

In the northern mountain provinces of the Bontoc Region, there are many tribes with unique dialects. Though most dialects have portions of Scripture available, very few can read their own language, only the trade language.

In 2007, a OneStory partnership formed to create three different Bible story sets in tribal languages spoken in these villages. A team came together led by Patrik, a local leader involved with evangelism and church planting. He shared the Gospel in story form and for tribal discipleship training, he utilized Bible storytelling as a main format of training.

Roweena has been actively involved in the serving the villages. She is a widow with six children and weaves cloth for her livelihood.  Twice a week, she came down from the hills to work along with Patrik and the small team crafting stories from the Bible.  She took the stories to the village, tested them with the people to make sure they were understandable and to get their feedback.

Now the full story set—from Creation to Christ—in the local language has been completed. Roweena continues to share Bible Stories village to village.  She is respected and empowered as a fruitful storyteller and evangelist!

When asked if she would consider doing the hard work of creating story sets again for another language, she immediately replied, “Yes!” Roweena has personally witnessed the impact upon people hearing God’s Story told in their heart language.

Patrik has watched these easily told stories equip villagers to share the Gospel with confidence and success. This has led Patrik to the conviction that he would like to see the ten other languages in his region provided with OneStory sets as well.

Go to YWAMOneStory.org to find story sets already available for use or to be trained to create a new story set. Another option for providing access to God’s Word is using resources provided for free by Global Recordings Network. GRN produces audio recordings of Bible Stories in 6,098 languages for the least reached language groups in the world. Contact them at GlobalRecordings.net 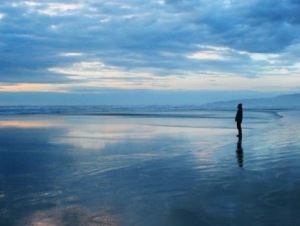 Question for reflection: What are you doing to get God’s Word out to others?

Kingdom prayer: Lord God, Your Word is lamp to our feet and a light to our path.  Your Word will shine the way toward Kingdom Transformation of families, communities, and nations. Help us make Your Word accessible to all.